/ The portal of chemical risk / General / Recent developments in nanotoxicology

According to the International Organization for Standardization’s (ISO) ISO 27687:2008 Standard, a nano-object is a material having one, two, or three external dimensions in the size-range from approximately 1-100 nanometers (nm).

There are three categories of nano-objects:

There have been some recent developments in nanotoxicology (the study of the toxicity of nano-objects and nanomaterials).

“The goals of the National Nanotechnology Initiative are fourfold:

Nanomaterials exposures may occur either unintentionally in the environment or by use of nanotechnology-enabled products. The purpose of the 2011 NNI Environmental, Health, and Safety Strategy is to ensure nanotechnology development by providing guidance to the various US Federal agencies that produce and utilize scientific information for purposes of risk assessment and risk management.

The risk assessment processes consists of:

Data on these areas are applied to issues such as product life-cycle, regulatory decision making, public outreach, and research planning (2).

Dr. Katharina Klien was awarded the National Occupational Health Award at the Annual Austrian Congress in Villach, Austria for her study titled “The Genotoxic Effects of FeCoB Nanoparticles on Human Fibroblasts Assessed by Comet Assay. Dr. Klein studied the effects of iron-cobalt-boron (FeCoB) nanoparticles and two types of surface-modified FeCoB nanoparticles for their potential genotoxic effects on human fibroblasts.

The American Chemical Society’s on-line journal, ACSNano (www.acsnano.org), published a Virtual Special Issue on Nanotoxicology on October 26, 2010. This issue contained an editorial by Wolfgang J. Parak and a series of 12 articles on various aspects of nanotoxicology originally published between December 27, 2007 and June 18, 2010. These articles are briefly summarized below.

Xia et al (4) compared the effects of cationic nanoparticles in five different cell lines representing portal-of-entry or systemic cellular targets. 60 nm NH2-labeled polystyrene nanospheres were highly toxic in macrophages and epithelial cells, while human microvascular endothelial, hepatoma, and pheochromocytoma cells were relatively resistant to injury by nanoparticles. This study demonstrated the importance of cell-specific uptake mechanisms and pathways that can lead to either sensitivity or relative resistance to cationic nanoparticle toxicity.

Jan et al (5) noted that many nanoparticles have potential as novel drug delivery vehicles, therapeutic agents, contrast agents, and luminescent biological labels for bioimaging. In this study, they demonstrated the use of the high-content screening assay for probing the cytotoxicity of cadmium telluride quantum dots and gold nanoparticles in mouse neuroblastoma and human hepatocellular carcinoma cells. These authors found that the human hepatocellular cells represent a good model for high-content screening as they are often used as a surrogate for human hepatocytes in pharmaceutical studies. They also found that cadmium telluride quantum dots induce primarily apoptosis (programmed cell death) in a time- and dose-dependent manner in undifferentiated and differentiated neural cells.

Tarantola et al (7) noted that before in vivo utilization of nanoparticles as contrast agents or for drug delivery, in vitro cell experiments are required to determine detailed knowledge of such nanoparticles’ toxicity and biodegradation as a function of their physical and chemical properties. These authors showed that the micromotility of animal cells as monitored by electrical cell-substrate impedance analysis (ECIS) is suitable for quantifying in vitro cytotoxicity of quantum dots and gold nanorods.

AshaRani et al (8) noted that silver nanoparticles are finding increasing use in wound dressings, catheters, and a number of household products because of their antimicrobial action. They studied the toxicity of starch-coated silver nanoparticles in normal human lung fibroblast cells and human glioblastoma cells. Silver nanoparticles were found in cellular nuclei and mitochondria, implicating their direct involvement in mitochondrial toxicity to the electron transport chain and DNA damage.

Magrez et al (9) noted that nanofilaments are not just based on carbon atoms, but can be produced from many inorganic materials in the form of nanotubes or nanowires. They found that titanium oxide-based nanofilaments are cytotoxic as assayed by the MTT test in lung tumor cells and suggest that precautions should be taken during their manipulation.

Liu et al (10) studied the antibacterial activity of single-walled carbon nanotubules (SWCNTs). They found that individually-dispersed SWCNTs were more toxic to bacteria than SWCNT aggregates in Escherichia coli, Pseudomonas aeruginosa, Staphylococcus auerus, and Bacillus subtilis. They concluded that the antibacterial activity of SWCNTs can be remarkably improved by enhancing the physical puncture of bacteria.

Koplosnjaj-Tabi et al (12) administered single-walled carbon nanotubulues (SWCNTs) orally to Swiss mice. At an acute dose of 1000 mg/kg body weight, no deaths or behavioral effects were noted. When administered intraperitoneally, SWCNTs coalesced and when fiber lengths exceeded 10 μm, they induced granuloma formation. Smaller aggregates did not cause granulomas, but persisted inside cells for up to 5 months. Shorter (< 300 nm) SWCNTs escaped the reticuloendothelial system and were excreted through the kidneys and in the bile.

Zhang et al (14) studied the cellular toxicity of graphene layers and single-walled carbon nanotubes (SWCNTs) and showed that the shape of these nanomaterials is directly related to their cytotoxicity. Both graphene layers and SWCNTs induced cytotoxic effects that were concentration- and shape-dependent. Graphene layers generated reactive oxygen species resulting in oxidative stress and also apoptosis (programmed cell death).

The Question of Nanotoxicity in Humans

An article by Song et al (16) describing seven young hospitalized female workers who were exposed to polyacrylate nanoparticles for 5-13 months has caused some controversy since it was published in 2009. These women were admitted to hospital complaining of shortness of breath and pleural effusions. Pathological examination of their lung tissue showed nonspecific pulmonary inflammation, pulmonary fibrosis, and pleural foreign-body granulomas. On transmission electron microscopy, nanoparticles were observed in the cytoplasm and caryoplasm of pulmonary epithelial and mesothelial cells, and were also located in the pleural fluid.

These women worked from 8-12 hours per day in a poorly ventilated, small workspace, spraying large amounts of polyacrylic paste with a pressure sprayer on polystyrene boards or glass. The boards were heated to between 75 and 100 degrees C.

Whether or not the pulmonary effects seen were due to the nanoparticles can be questioned, because the total respirable dust load in the work area could have been high enough to account for the pulmonary effects. However, this article does emphasize the need for ongoing surveillance and research into the potential human health hazards of nanoparticles and nanomaterials which are becoming increasingly widely produced and used.

(3) MEDICHEM: Occupational and Environmental Health in the Production and Use of Chemicals,
MEDICHEM, accessed 01/12/2011. 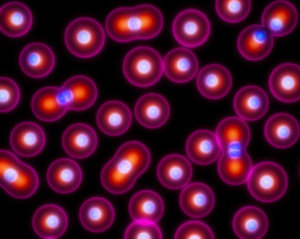 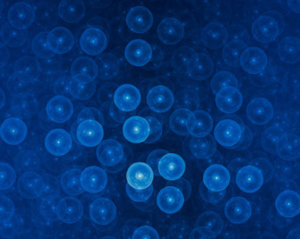