What is photovoltaic energy?

Photovoltaic refers to the direct conversion of solar radiance into electrical energy thanks to solar cells. Until now, solar cells are generally made of silicon (semiconductor).

The direct current generated by solar energy can be used directly for the functioning of electrical apparatus or to be stored in batteries. It is also possible to convert electricity into alternating current through an inverter, and thus to feed the electricity network. A large number of photovoltaic cells are put together and linked to form a solar panel in order to obtain units of power more important.

For several years, the installing of photovoltaic panels has been accelerated by national programmes offering financial incentives such as subsidized buyout rates of the produced electricity for the public network, especially in Germany, Japan, Spain, the United States, Australia, France, etc.

In 2006, the new photovoltaic solar facilities represented a power of 1500 MW in the world, bringing the total worldwide facilities to 6700 MW. Japan (1750 MW), Germany (3063 MW) and the United States (610 MW) represent together 81% of the world market. The facilities connected to networks (without storing electricity) represent the majority of the new installations.

During photovoltaic cells production, chemicals are used. The most dangerous ones are described below.

The phosphoryl chloride (POCl3), also called phosphorus oxychloride, is contained in glass bottles, which creates a risk of spill and therefore a risk of contamination for the people and the environment.

On the other hand, the cells have little impact on the environment during their life and the end of their life. They can be dismantled and basic materials (such as aluminum, glass, silicon, electronics) can be reused or recycled.

The main risks are in: 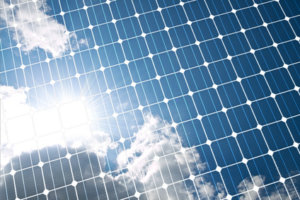