/ The portal of chemical risk / Safety and prevention / Are we prepared?

The 21st century has already been the witness of numerous technological advances among which the increasing speed of information that allows identification of facts that happened on the other side of the world by the internet in a few seconds.

This interaction between people worldwide drew them closer in terms of ideology, traditions, customs, philosophies, religions and much more. Thus, we cannot fail to recognize that all these advances can be used and continue to be used for improper purposes, to the detriment of the majority of the population. Innocent people can be and are involved in such harmful actions, such as terrorist attacks.

Murphy’s law, a theory that resulted from a U.S. military project in 1949 states: “Anything that can possibly go wrong, does”. This law can be read into the following: if there are two or more ways to do something and one of them can result in a catastrophe, someone will do it that way. The theory of the “Swiss Cheese” states that when a whole sequence of minor errors are aligned or put together, they will eventually culminate in a disaster or a tragedy.

An example is the accident of Gumi in South Korea in 2012 during which 8 tons of hydrofluoric acid leaked, killing 5 workers, injuring 18 and contaminating 3000 people, resulting in the city’s evacuation.

This can also be illustrated by the case of Santa Maria in 2013, in Southern Brazil: 242 young people died of cyanide intoxication due to the inhalation of toxic fumes from a fire that occurred in a nightclub. It is worth mentioning that Murphy’s Law is not the prediction of an inevitable fate but just a reminder that if there is a possibility for something to go wrong, this event cannot be ignored in order to prevent catastrophes to occur.

If there are two or more ways to do something and one of them can result in a catastrophe, someone will do it that way.

It is in this context that I wonder in my lectures all over the world as well as in my own country, if we are prepared for such events. Are we ready for events involving chemicals that would be capable of decimating a population? Can we deal with such events at a local, regional or even international scale? Are cities prepared to chemical accidents management? Do we have emergency plans? Are emergency units equipped with up to date technological innovations related to disasters with chemicals? Does a kind of efficient and effective mass decontamination exists?

An information system using the latest technologies needs to be deployed so that experts from all around the world can have access to efficient management protocols for those accidents and then, share their experience. So you know at least who to ask for help. You can find experts, distributed in several countries, which can collaborate and save many lives.

Meanwhile, never give up. Be sure that there are professionals who can make this difference and who are committed to bringing this knowledge.

Never give up. Fight! 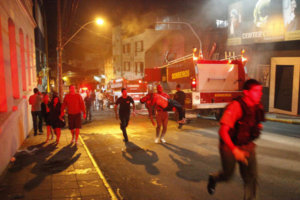 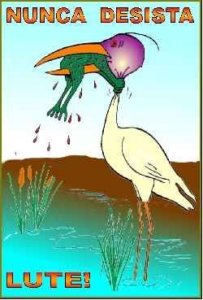