In regular contact with people who are victims of chemical burns, Dr Jean-Luc Fortin recounts how he began to regularly use Diphoterine® in A&E.

Prevor: What do you do?
Jean-Luc Fortin: I was an A&E physician, but I stopped two years ago after an accident. I began in 1988, and I have thirty years of experience.

Prevor: Over the years, did you observe numerous chemical burns in your department?
JLF: Yes, I saw a lot of them both in my work at the A&E and at the Percy and Saint-Luc burn centres. I saw quite a few domestic accidents involving chemicals: acids, alkalis, sodium, household cleaning products containing bleach. Chemical burns represent 10% of burns; this percentage has remained stable over the years. Most are domestic accidents, some are work-related, and very few are due to attacks.

Prevor: Before using Diphoterine®, how did you treat chemical accident victims?
JLF: We rinsed people with water with unreliable results. On eye damage it was ineffective, the people involved had sequelae. This was also the case for skin. In the speed of action, if the person was rinsed immediately, we could have an effect, but this was rarely the case and by the time they got to the hospital, it was too late.

Prevor: How did you learn about Diphoterine® and its properties?
JLF: I met someone from Prevor, at a burn congress, who convinced me. I tested it on patients when I was in the A&E. I was convinced by its capacity to relieve pain and the fact that there were no more skin or eye sequelae. Eye exams might reveal conjunctiva or inflammation, but this generally only lasted a few days.

Prevor: Does Diphoterine® provide rapid relief to the injured person?
JLF: The pain stopped during rinsing. I did a study on this sedation, which shows the deep progression of Diphoterine®. When the pain stops, Diphoterine® has started to work. Regarding the skin, we noted normal healing which is not the case with deep burns.

Prevor: Is this solution also effective on the eyes?
JLF: The pain is relieved, the Diphoterine® blocks the chemical’s deep diffusion in the conjunctiva and the cornea. I have done delayed rinsing on people injured during accidents in dairies. They were splashed by the acids used to clean the dairy equipment. There were eye splashes, rinsing with water was the only possibility but it didn’t relieve the pain, after two or three hours I would apply Diphoterine® and the pain would immediately cease.

Prevor: Do you think that Diphoterine® should be more widely available?
JLF: Yes, any factory in which chemicals are used should keep Diphoterine® on site. There were initially communication issues. Some people remain opposed to Diphoterine®, sometimes out of ignorance. We have to convince people, go door-to-door, hand out university documents, show concrete cases … There’s a lot of work to do in this regard. 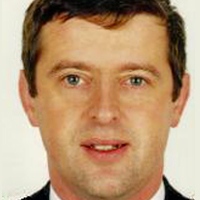