This year, on the occasion of the annual distributors meeting, the special guest speaker was Katie Piper. We were pleased to introduce many of our international partners to Katie Piper, a surprising and brave young lady coming from United Kingdom.

Katie came to tell us her story, the story, as she said, “of an event that has changed my life forever”. Katie became a victim of a premeditated acid attack on the 31st March 2008 in London. At this stage a daily fight in order to survive and live despite her psychological and physical scars began.

She remembers a man approaching her with, what she thought was a cup of coffee but he suddenly threw the content of the cup to her face. She immediately felt a strong pain. She ran into an internet cafe and asked for help and for somebody to get an ambulance, but people ignored her. Finally, an ambulance arrived nearly 1 hour after the attack, however the crew, thinking that the man that threw the acid might still be in the area, would not come in the cafe until the Police arrived.

The washing with water began at her arrival at the hospital and went on all during the night until the morning. As a presentation had been given a few weeks before about the evolution of the management of chemical injuries and the interest and benefit of using DIPHOTERINE® solution, a solution for chemical splashes decontamination, at the Chelsea and Westminter Hospital, a Consultant contacted Diphex, distributor of PREVOR in the UK, with a request to send an emergency supply of DIPHOTERINE® solution. Despite the prolonged washing with water, the injury was not stabilized. DIPHOTERINE® solution was consequently used as part of the decontamination process and stopped the pain.

Katie was then put into a coma for 12 days. Her injury was so deep and severe that radical and pioneering surgery was used to reconstruct her face bit by bit. Katie described her surgical and post surgical treatment as a tough period. She has had over 40 operations to date. She also had to travel to France because she required special treatment not available in the UK.

During her presentation, she showed everybody her courage and strength to overcome the tragic consequences of this assault. She learnt a lot from her experience and wants to build on to make it possible in the future, for victims of such attacks, to have access to the best possible care in order to minimize the injuries as much as possible. Katie explained her point of view on a clear need for “immediate and effective decontamination, preferably on the ambulance but certainly at the Hospital” and also how important the “education, an increased awareness and understanding are”.

Katie decided to set up her foundation, the Katie Piper Foundation, to raise awareness of issues surrounding chemical injuries and the treatment available to manage them. As part of her future objectives she wants to create a specialist scar management center in the UK and to try to get DIPHOTERINE® solution into ambulances.

All in attendance were touched by her story and her courage, this reminding us the goal of our daily work: “prevent and save”. One of our partners said that she was the bravest person he had ever seen.

We would like to thank Katie very much for having been with us at the International Meeting and for her work of increasing the awareness of the management of chemical accidents and the importance of immediate and effective chemical decontamination.

If you want to read more about Katie and the Katie Piper Foundation, click on the following link: www.katiepiperfoundation.org.uk 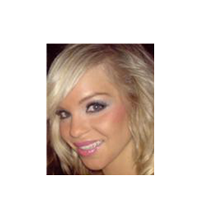 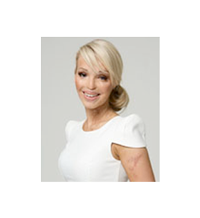 Katie after the operations
This website complies with European GDPR regulations and uses technical, statistical and functional cookies to improve your experience and save your session. To register an account, contact us or receive our products or services, you must accept our privacy policy. By clicking on the 'Accept' button or by clicking on any link included on this page, you consent to the use of cookies and accept our cookies policy.I agree